iOS hacker and developer CoolStar has just released the most awaited Cydia for iOS 11 update. CoolStar on today officially discharged the public version of Electra jailbreak to the worldwide iOS users including the Cydia installer. So, the iDevice users who eagerly waited for the iOS 11 Cydia, can have this opportunity using the fresh release of Electra jailbreak.

How to Download Cydia for iOS 11 using Electra Jailbreak

The latest version of Electra iOS 11 jailbreak is now available. Download the most recent version of Cydia Impactor and Electra IPA on your PC from the download links that we have provided.

Step 02: Install the Electra Jailbreak app on your iDevice

Connect your iOS device to the Mac, Linux or Windows PC using a USB lightning cable. Now, launch Cydia impactor tool on your PC or Mac and it will identify the device. Drag the downloaded Electra Jailbreak IPA file and drop it onto the interface of Cydia impactor. Enter a valid Apple ID and password when prompted then wait for few seconds. Impactor tool will sideload the jailbreak IPA on your iDevice.

Go back to the Home screen and open Electra app. Now tap on “Jailbreak” button to begin the jailbreak mechanism. It will take a moment to complete the jailbreaking procedure and once it’s done, the device will respring.

After a few seconds, Cydia installer will appear on the device’s Home screen. Now you are eligible to install your favorite jailbreak apps, tweaks, and themes on your jailbroken device. 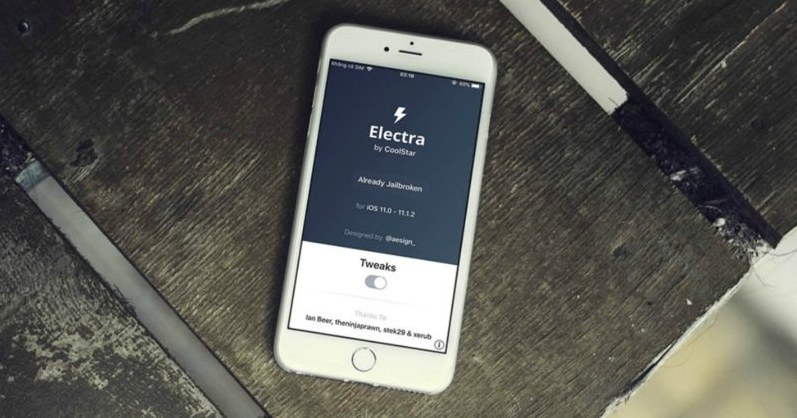 How to Renew the Jailbreak App?

Remind that if you’re using a free Apple ID to install Cydia for iOS 11, after 7 days, it will expire. Then you should follow the whole jailbreak procedure to extend it for another week. Also, notice that the Electra jailbreak is a semi-untethered jailbreak so, the user need to re-jailbreak the iOS device on each reboot.

How is the latest release of iOS 11 jailbreak? Let us know.